Hey lovelies! I've got exciting news. Much like the princess in "The Neverending Story," my upcoming novel has a new name! The story sold under the title "Immortal Sacrifice," and while that title will always have a special place in my heart, I started to worry that it was too vague. "Immortal" can mean so many things. Was the book about vampires, angels, demons, gods . . .?

HOW WOULD PEOPLE KNOW IT WAS ABOUT FAERIES?!

So my editor and I had a brainstorming session, where we tossed around different title ideas. As some of you know from my book deal announcement (How to Sell a Book in SIX SHORT YEARS), my title has gone through MANY incarnations, and I really wanted to pick the best one. After much deliberation, we decided on the book's original title (from back in 2007, when I started writing it) . . .

YAY!!!! I love this title so much, because it perfectly articulates what kind of immortal creatures are in the story, and (hopefully) imparts a sense of mystery. Who is the last changeling? And why is this person the last of their kind?

SO MANY SECRETS TO BE REVEALED!!!

To celebrate the new title, I'm hosting a changeling-themed giveaway! The changeling myth is something that's been explored in a lot of ways, from the traditional faerie-being-switched-with-a-baby version, to some broader interpretations. Before my novel makes its way into the world, I'd love to share with you some of the more unusual versions. So, without further ado, I give you . . . my changeling-themed giveaway!!!

In 2014, you'll meet THE LAST CHANGELING

But what came before? 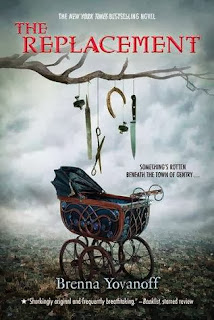 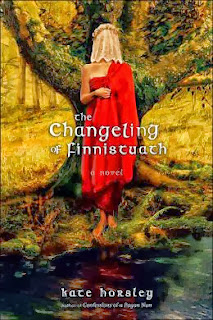 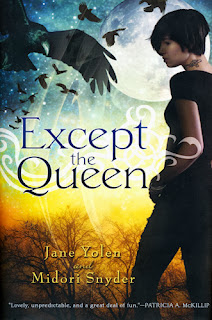 BUT WAIT, there's MORE!!! If anyone wants to win a copy of my debut, THE S-WORD, and read about the themes explored in both my books, check out this INTERVIEW + GIVEAWAY with the fabulous AdriAnne Strickland (author of WORDLESS, Flux 2014)

This contest is U.S. only