Review of Kody Keplinger's "SHUT OUT" 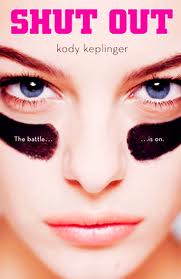 Jacket Description:
Most high school sports teams have rivalries with other schools. At Hamilton High, it's a civil war: the football team versus the soccer team. And for her part, Lissa is sick of it. Her quarterback boyfriend, Randy, is always ditching her to go pick a fight with the soccer team or to prank their locker room. And on three separate occasions Randy's car has been egged while he and Lissa were inside, making out. She is done competing with a bunch of sweaty boys for her own boyfriend's attention.
Lissa decides to end the rivalry once and for all: She and the other players' girlfriends go on a hookup strike. The boys won't get any action from them until the football and soccer teams make peace. What they don't count on is a new sort of rivalry: an impossible girls-against-boys showdown that hinges on who will cave to their libidos first. And Lissa never sees her own sexual tension with the leader of the boys, Cash Sterling, coming.
My Review:
First of all, I love the premise of this novel. A modern-day retelling of Lysistrata? Count me in! Of course, the execution of such an undertaking is a bit tricky—one would have to introduce complex sexual politics in a way that engages people intellectually while keeping them constantly entertained. Can it be done?
The answer is a resounding yes.
In Kody Keplinger’s “Shut Out”, Lysistrata makes the flawless transition from Greek comedy to high school drama without skipping a beat. I enjoyed every minute of this story. From Lissa’s meticulous caretaking of her family, to Chloe’s loudmouthed affirmations of sexual autonomy, to Cash’s mystifying flirtations, I found myself empathizing with each, very different character (except maybe Randy, but he was fun to dislike!) And each time I set the novel down (to, you know, sleep or eat) I found my head spinning with thoughts of the characters’ encounters, their fears, and their desires, as well as thoughts of sexual mores in general—where they come from and how they’re socially perpetuated. This is the beauty of a Kody Keplinger novel: it combines the sheer entertainment of watching a high school drama unfold while simultaneously providing plenty of intellectual fodder.
That kind of thing is hard to beat.
One of the most amazing things about this book is that it uses a scene that we as a society take for granted—a group of girls sitting around a bedroom talking about sex—and illustrates how, even in what should be a totally safe space, socially-imposed ideas of silence and shame do their dirty work, keeping young women from feeling like they can talk openly. One of the biggest perpetuators of oppression is silence, and it really hit home to watch this group of girls, many of whom were friends, skirt around issues of virginity and promiscuity, each feeling like she fell too far to one side of “prude” or “slutty,” and therefore, wasn’t the norm. Of course, once the characters finally opened up about their feelings, it became more and more apparent that the labels of “prude” and “slut” were entirely subjective, almost to the point of being meaningless, and that every single one of them was different, proving that there is no “norm.” In a society that values female coyness and secrecy on issues regarding sex, these revelations were a wonder to behold and a pleasure to read, both as a lover of YA and as a woman who’s shared many of the characters’ feelings.
My favorite character in the novel was Chloe—maybe because she was so open and unapologetic about her feelings, or maybe because I’m more like Lissa, so Chloe’s level of confidence appealed to me. Chloe is the kind of friend every girl should have: honest, sweet, extroverted and fiercely loyal. In fact, this kind of loyalty is one of my favorite things about Keplinger’s novels—the main characters in both “Shut Out” and “The DUFF” have loyal friends they can confide in, celebrate with, and count on in times of duress. Each time I read one of Keplinger’s books I come away with a sense of admiration and respect for these characters’ loyalty, and find myself reflecting on old friendships from my past—how they relate, and how they differ from those in the story.
All in all, this novel does everything you’d want a novel to do: it makes you laugh, it makes you cry, and it makes you think; it might even make you blush, as Cash brushes against Lissa’s hand, moving closer, then pulling away, in that ever-appealing dance of seduction. The romance is intoxicating, the friendships enticing, and the war between the sexes is electric. In short, the book is definitely deserving of the phrase: Must Read.
Posted by Chelsea Pitcher at 3:44 PM No comments: 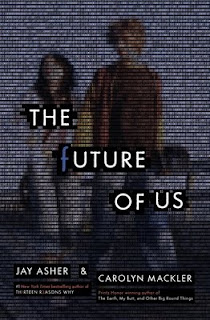